Letters From A Nut

Produced by Jerry Seinfeld, Letters From A Nut details Ted L. Nancy as a customer in need of service. He writes to a city council requesting a permit for operating his Electronic Nose Blowing Machine, invites a Czechoslovakian President to become Treasurer of Ted’s Vacuum Club, asks a retail store about buying a mannequin that looks like his deceased neighbor to present to the grieving widow, and more. Time after time, well-meaning representatives offer earnest replies to his letters. Based on his bestselling series of books Letters from a Nut and filmed on stage at LA's Geffen Playhouse, Mr. Nancy brings his madcap collection of correspondences to the screen for a one-of-a-kind show that is both outlandish and uproarious. 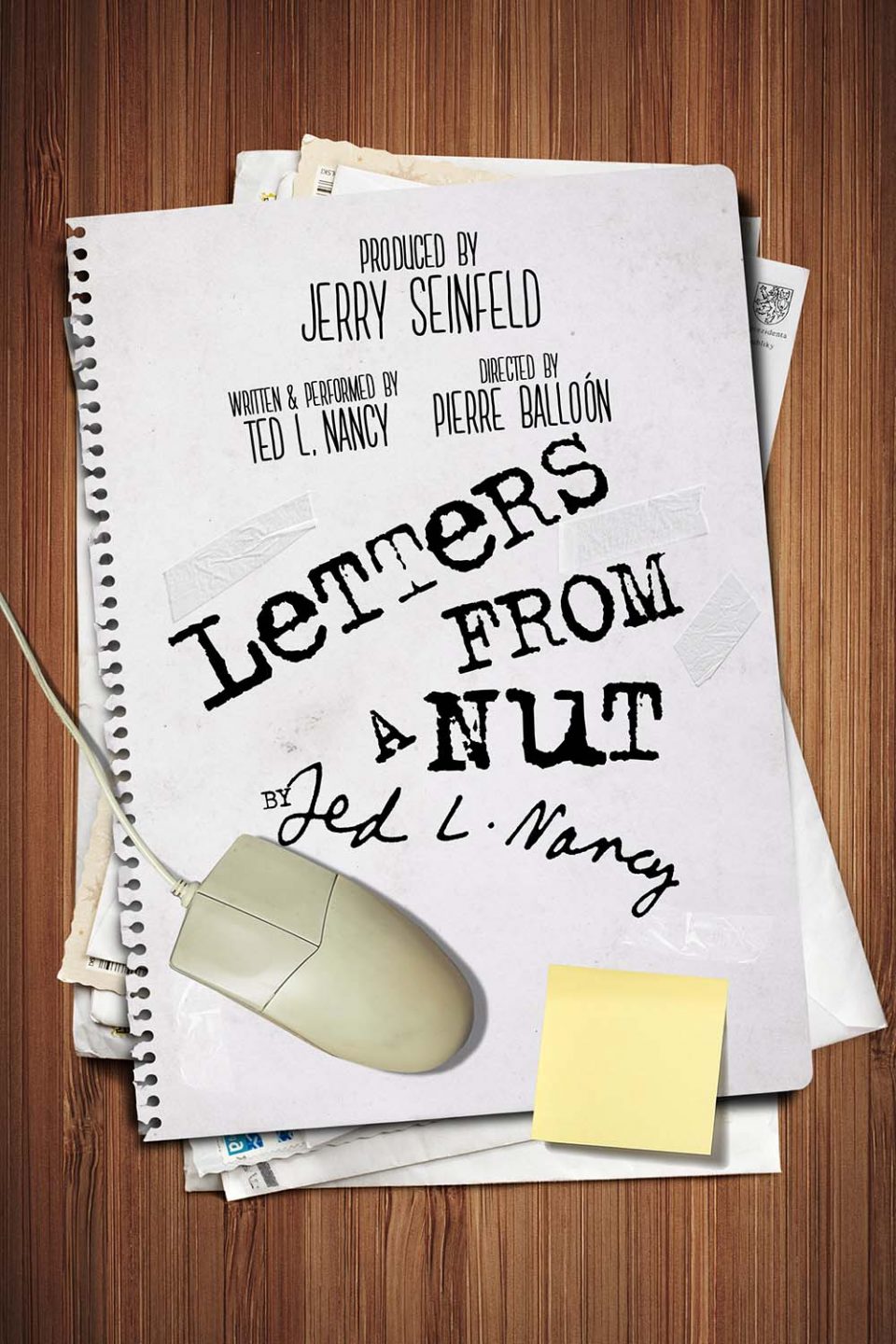