Fury of the Fist and The Golden Fleece

When the Fist (Sean Stone) found a mystical gold fleece jacket, he became the biggest porn star of the 1970s. But in the ‘80s, he’s on the cusp of eviction from a run-down studio apartment, having lost his gold fleece and his mojo along with it. When a local street thug named Superfly (Tiny Lister) enters the diner where Fist works, robbing his customers, Fist and friends fight back. And thus begins a wild adventure, as Superfly’s bosses come to collect from Fist, sending him on a journey that unravels a conspiracy to sell meat pumped full of estrogen, which threatens to emasculate men. As Fist faces off against the Superboss (Michael Dudikoff), and the W.I.T.C.H.’s he works for, Fist finds his long lost mojo, and ultimately, his gold fleece jacket. 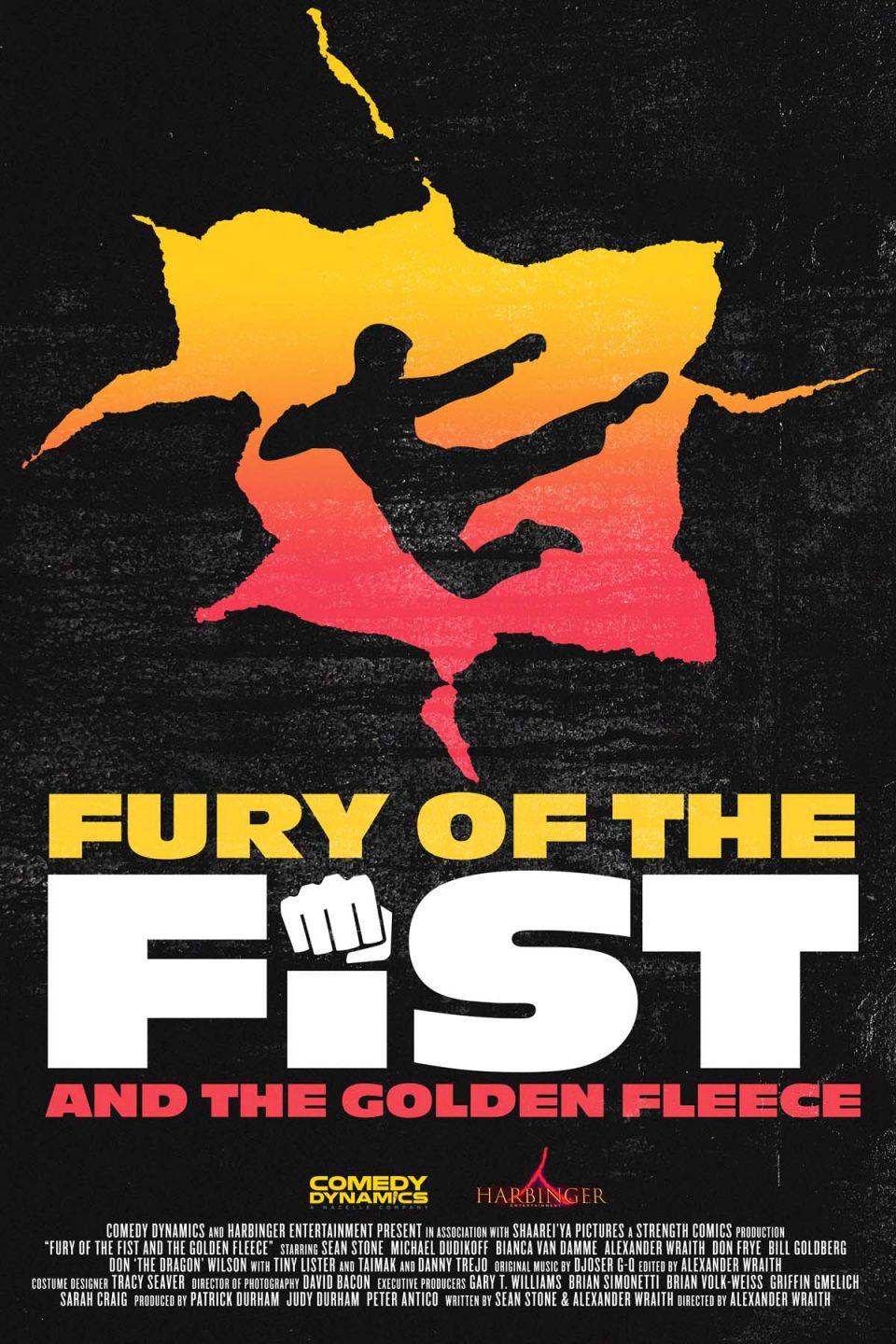